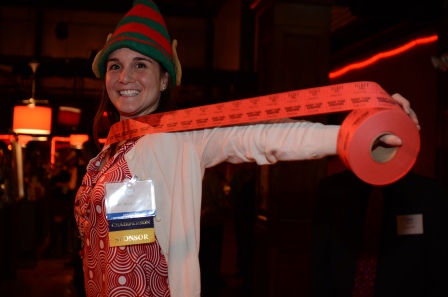 (0 minutes, Except Drawing and Announcing 1 Winner)

While it is sometimes annoying because people come to the trivia table every other minute (which can be adjusted by simply giving your trivia night volunteers zones and telling them how often to go around), 50/50 raffles at trivia nights are minimally annoying and can be a WONDERFUL fundraiser for your organization during your trivia night.

In case you don’t already know, a 50/50 raffle at a trivia night is a game where people pay something like $1 each, 7 for $5, or $20 for an arm span / arm’s length for tickets. Then, once all of the tickets are collected, the amount of money raised is figured and half of the total 50-50 raffle money is offered as the prize for the raffle to the one with the winning ticket number pulled out of the buckets.

Many people will donate to this and almost 90% of the time, the winner donates the money back. Plus, the one planning the trivia night doesn’t have to get prizes or donations or anything for this one. All you need are buckets to collect the tickets, DOUBLE raffle tickets (see below), and volunteers to ask the trivia tables to play. 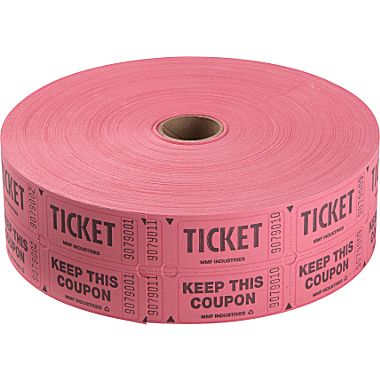 This is another great money-maker that wastes NO time! For a bonus trivia round game, you make up a trivia round on a piece of paper. For example, you could do one on college mascots where you put pictures of 15 college mascots with numbers next to them and a line underneath the picture onto a piece of paper. Then you sell this at a separate table (NOT the registration table!) and have people walking around selling the opportunity.

The trivia tables (or individuals if you want to sell to individuals) that want to participate in the bonus trivia round pay $5 or so to play the bonus round for either some cool prize (donated tickets from a local favorite sports team) or a cash prize. Obviously the trivia night bonus round prizes would be different based on if it is an individual contest (win 2 tickets) or a table contest (8-10 tickets).

Make sure you put by which round the answers sheets are due. Then make an announcement a trivia round before they are due to give your trivia payers plenty of time to complete the bonus trivia round.

If there is a tie, announce that and put all the winners in a raffle. Then pull a winner.

Ideas for Bonus Trivia Rounds (It’s best to do pictures that cannot really be Googled in case you have cheaters among you):

Identify the Famous Person in History

Name The Record By the Record Cover

Similar to the Bonus Trivia Round above, a Family Feud round is where you sell the Family Feud sheet at a table (NOT the registration table) or with trivia night walkers. This is an individual trivia night game.

Once you sell all the Family Feud sheets that you can (for maybe $1-4 depending on your prize), then during a round break, the MC reads off the questions for all the Feud players. For example, “Name something people do in a park”. He reads off all 10 questions and the players mark down what they think is the #1 answer as he reads them. Next, all the answer sheets are collected and graded. You get a point by guessing the number 1 answer to a question (so all graders need the list of #1 answers with which to grade).

Finally, after all the Family Feud sheets are graded (probably after the next round), the #1 answers are read off and the winner announced! Again, if there is a tie, do a raffle or award prizes to both.